Having no qualifications, I started a business when I was 23, with no funding and having seen a myriad of utterly mediocre, poorly written, mistake strewn job applications over the past 20 years why am I surprised still to hear the pathetic desires of newly graduated unemployed people complaining about the lack of roles to suit their needs?

Get off your backsides, and become more creative, more innovative, more determined and be more outstanding than you have ever been before. Fortune most certainly favors the brave, the problem is, we don’t teach any bravery at school, the all too comfortable unimaginative standard education syllabus beats out any outside the box thinking long before the qualification exam fiasco begins.

In the current climate where some jobs are available, where farmers are forced to employ from overseas and where the local builders claim they are being forced out of work because of immigrant workers from Europe, now more than ever is the time for people to realise the world does not owe them a living. It is tough at the moment to get any job, so selectivity is out. Get on the ladder then work up. However disheartened at rejection mulling on it, or moping about it is still not going to allow a job to materialise. Hunt the job you want down. Make a plan for the avenues you need to find and then network like crazy – you will be amazed at the connections you might make direct – often more powerful than through a recruiter.

We do indeed live in a global economy and the joy on being English speaking means at least in that the British public are in the majority. Of course there will be perennial malingerers where a lack of a parental role model means a complete breakdown in the understanding that we all need to work to live.

More people need to recognize that is their own individual duty to go out and find work, whatever that role might be to start on the first step of the ladder of success, only by reaching this first step can you go onwards and upwards.

If you shovel shit do it well, the better you do it the sooner you will win promotion. Whatever your degree in this climate be adaptable, show willing, put more effort in and you will rise to the top of potential. Of course you may be rejected as you will indeed have to persevere – nevertheless it is just this kind of characteristic that will make you stand out from the crowd.

Take a brave pill. Don’t be deluded thinking just because you have filled 200 applications out online that the 60 second review of it is going to get you to the next stage. Do something different. Deliver your CV – by hand – to the offices of the recruiter. Pin your CV to something relevant and deliver it to the company Head of Resources, make people smile and remember you went the extra mile.

Last night, I attended the first in a series of a TV programmes on BBC3 last night called Up for Hire. In the green room were a wide variety of attendees for the audience and at the heart of the show two unemployed non-graduates and two unemployed graduates being exposed to a variety of jobs at an entertainment park. The initial outcome showed some signs of hope. Nevertheless if by the end of the week more people cannot get more creative, network more persuasively nor entertain to attract potential then the opportunity has failed.

Employers take risks everyday in employing and taking on the mortgage of someone else when adding to their teams. They have the right to be selective but you have the right to be outstanding – humble, polite, engaging – powerfully memorable and then I hope irresistible. 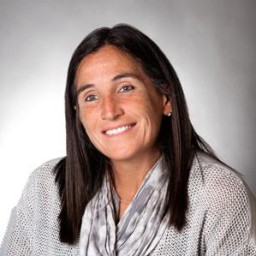